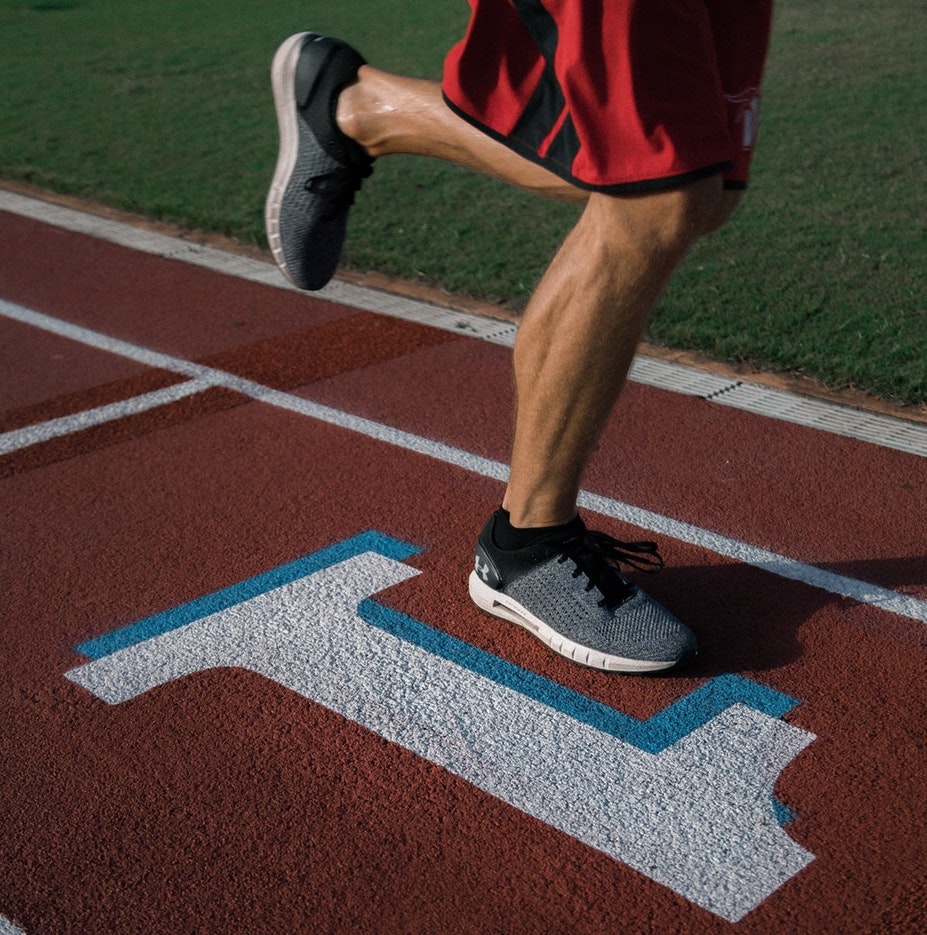 We’ve created an updated article on Nike vs. adidas! It features the latest data on both brands and taps into the SEA market.

Trust us, if you google ‘Nike vs. adidas’, you’ll never find a clear answer. There is unwavering support for both brands, with neither team backing down. From a fashion perspective, the divide in the sportswear industry is a natural one – people will always have different tastes and styles.

Of course, it’s no secret that the two are rivals. Both brands are fighting tooth and nail, hoping to emerge as the world’s number 1 activewear brand.

The Nike vs. adidas War

Two years later, adidas saw a resurgence – some even called it a revival. Thanks to the iconic Superstar and NMD line, paired with buzzworthy endorsements with the likes of Kanye West, the three-stripes were back in the game. Recognising trends early and speeding up the supply chain boosted adidas’ sales (and shares) in Q3 of 2017 – the same time Nike faltered in North America.

While adidas still has a long way to go to beat Nike’s total revenue, that doesn’t mean the swoosh brand sat back and relaxed. It was clear that adidas was stepping up with new approaches, so Nike had to do something to maintain its foothold.

In 2018, Nike not only focused on strong designer collaborations with Undercover, Comme des Garçons and Off-White, but allocated resources to improve AI and consumer behaviour too. Let’s not forget about the PR move that took the internet by storm: the Colin Kaepernick campaign. The move was deemed controversial, but reports said that the political stand actually boosted sales. Nike did it again this year, featuring Serena Williams in its #dreamcrazier ad that premiered during the Oscars.

It’s a lot of back-and-forth between the rivals, each trying to one-up the other with better technology, louder campaigns and attention-grabbing collaborations.

But this is all ancillary; let’s get down to the meat of the matter, the cold hard data…

Nike vs. adidas: Year in Review

We have the data on both Nike and adidas, so let’s put things into perspective. We’ve separated the metrics into three categories:

So what does this mean? Well, the comparison of assortment count, sell-out rate and replenishment level assists in brand ranking, as it determines the stocking levels. For example, while a brand may have a low sell-out rate, they could counter with constant replenishment to avoid the out-of-stock sign. This helps us understand:

Here, Nike reigned supreme in all of the metrics. They had a higher assortment count than adidas, as well as a stronger sell-out and replenishment levels. There was also an indication of high demand for Nike products, as the brand had more sell-outs at full price. In other words, consumers were willing to pay at full-price without waiting for the products to go on discount.

On the other hand, adidas missed out by having lower SKUs and more sell-outs at discounted items. This could be why adidas introduced a new limited supply model for certain popular shoes, hoping to squash pricing pressures. Reducing supply isn’t new in the fashion industry, brands like Supreme and Zara use this method to increase scarcity – and to encourage consumers to buy immediately rather than biding their time.

Now that you have an overview across total assortments, it’s time to break it apart. Which category has the largest assortment size, and more importantly, how are they performing?

To get a deeper view, segmenting into categories allows us to view in greater granularity.

Nike had 3x more SKUs in all three categories, with Activewear Shoes as their best-performing category. It was the only category that achieved more than 85% sell-out rate, the highest of them all. While the rest saw a similar sell-out rate, Nike captured a higher margin due to its larger assortment.

Here, we’ve broken down the top three categories and studied each closely. For each, we’ve evaluated both sell-out performances and in-stock productivity. This not only helps us to gauge the brand’s performance but also to understand if the brands met consumers’ demands.

The ‘dad shoes’ and ‘ugly sneakers’ trend was all of the rage last year, with the ‘90s style revived everywhere. Almost all of the popular sneakers featured some sort of variation, such as the Nike “The 1 Reimagined” Spring 2018 Collection and adidas’ YEEZY 500.

Some sneakers had its own iteration. The Nike Flyknit was the #1 sneaker in our Sneakers Index, had chunky soles and exaggerated designs. Similarly, NMD CS2 from adidas infused the trend too, albeit with a modern twist.

For sell-out performance, both were within the 75% – 85% range, though Nike was ranked slightly higher. In fact, Nike managed to push a higher sell-out at a higher price point. Although there’s only a marginal difference here, it does show that adidas could have pushed for a higher price tag.

When it comes to in-stock productivity, Nike took the lead, surpassing its rival for both assortment SKUs and replenishment rates. Since lifestyle shoes like Yeezy’s have immense popularity, adidas may have been limiting stock in hopes to increase demand.

However, based on the sell-out rate above, the strategy may not work as well as it hoped to since Nike still surpassed it. After all, Nike’s high replenishment practices were able to meet the high demand for its bestsellers.

In terms of sell-out, Nike tipped the scale with both high SKUs and high sell-out performance. Since adidas had high replenishments (see below) and the difference in price point was only USD 2, other reasons such as marketing could contribute to the lower sell-out.

The swoosh brand saw higher replenishment rates (64%) too, albeit only 1% higher than adidas’. Both brands ensured to meet high demands from loyal customers by constantly replenishing. While adidas limited supply for its lifestyle shoes, the activewear segment didn’t see the same treatment. This suggests that the brand opted to replenish instead, but more cautious on new releases.

The animal print may have been a hit last year, but the activewear scene here kept to the usual classics – solid coloured tops and printed logos. Engineered fabrics, such as the Nike Dry T-Shirt, were popular for its quick-drying materials.

Here, adidas had a slightly higher sell-out price point but saw lower sell-out rates. While we can derive that Nike performed better because of the lower price, the difference was very minimal. Instead, the higher sell-out may be due to the brand’s discounting practices. Nike adopted a 30-39% discount range, while adidas opted for a lower band.

The chart above had a similar pattern with the rest. Nike had the bigger assortment and replenishment score, while adidas had lower numbers.

Nike takes the lead – for now

Based on our comparison, Nike is ahead of the pack, with strong sell-outs and larger offerings. The brand may have faltered slightly in 2017, but it seems like they’ve gotten a grasp of what their consumers are looking for – something adidas actually started. Nike’s investment in technology and supply chain innovation may also be a silent advantage, considering that the brand is quick to replenish with the right products.

The three stripes brand may need to re-look into its product assortment and cycles, as well as its pricing strategies. After all, the activewear market is getting stiff competition. According to our global activewear report, another brand emerged above adidas – a surprising entry that may surpass even Nike.

But don’t be fooled, they are ahead of the pack, but the race never stops. After all, adidas made a strong comeback a few years back. With the new adidas originals ZX 4000 4D getting rave reviews and more incorporation of technology in 2019, the future looks promising.

Reaching the number #1 spot isn’t easy, but securing it is even tougher. As consumer preference and behaviour changes, so will the retail environment. The winner is who can anticipate the change and stay ahead of consumer demand.

Phung Yi Jun
Phung Yi Jun built her career as a fashion writer and uncovered the latest news and trends in retail before transitioning to a Content Editor at Omnilytics. She currently leads the team to create insightful content to help brands and retailers make informed decisions. Her previous work can be found in Inside Retail Australia, Harper’s Bazaar Malaysia and Female magazine. 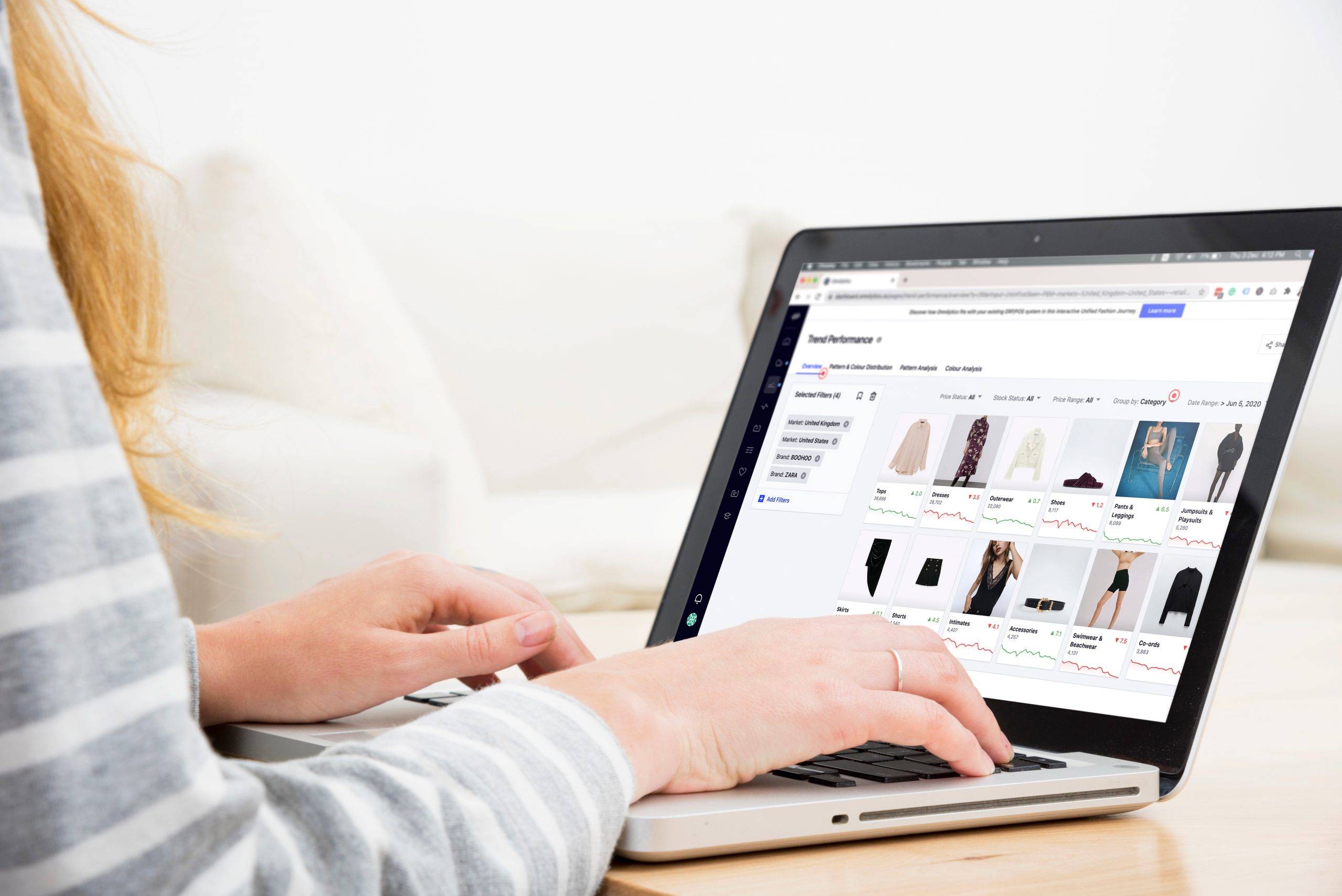 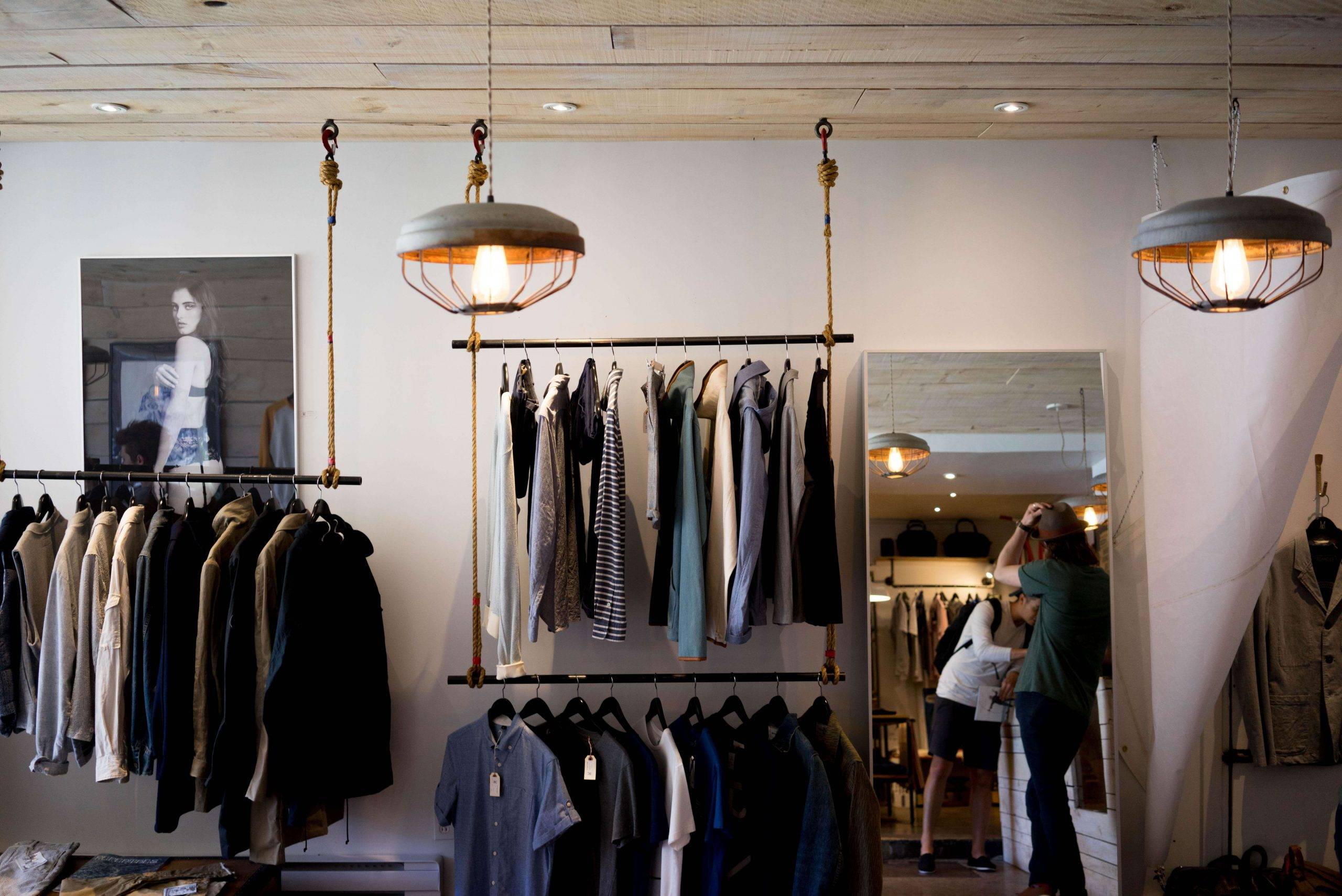 The Art and Science of A Fashion Range Plan 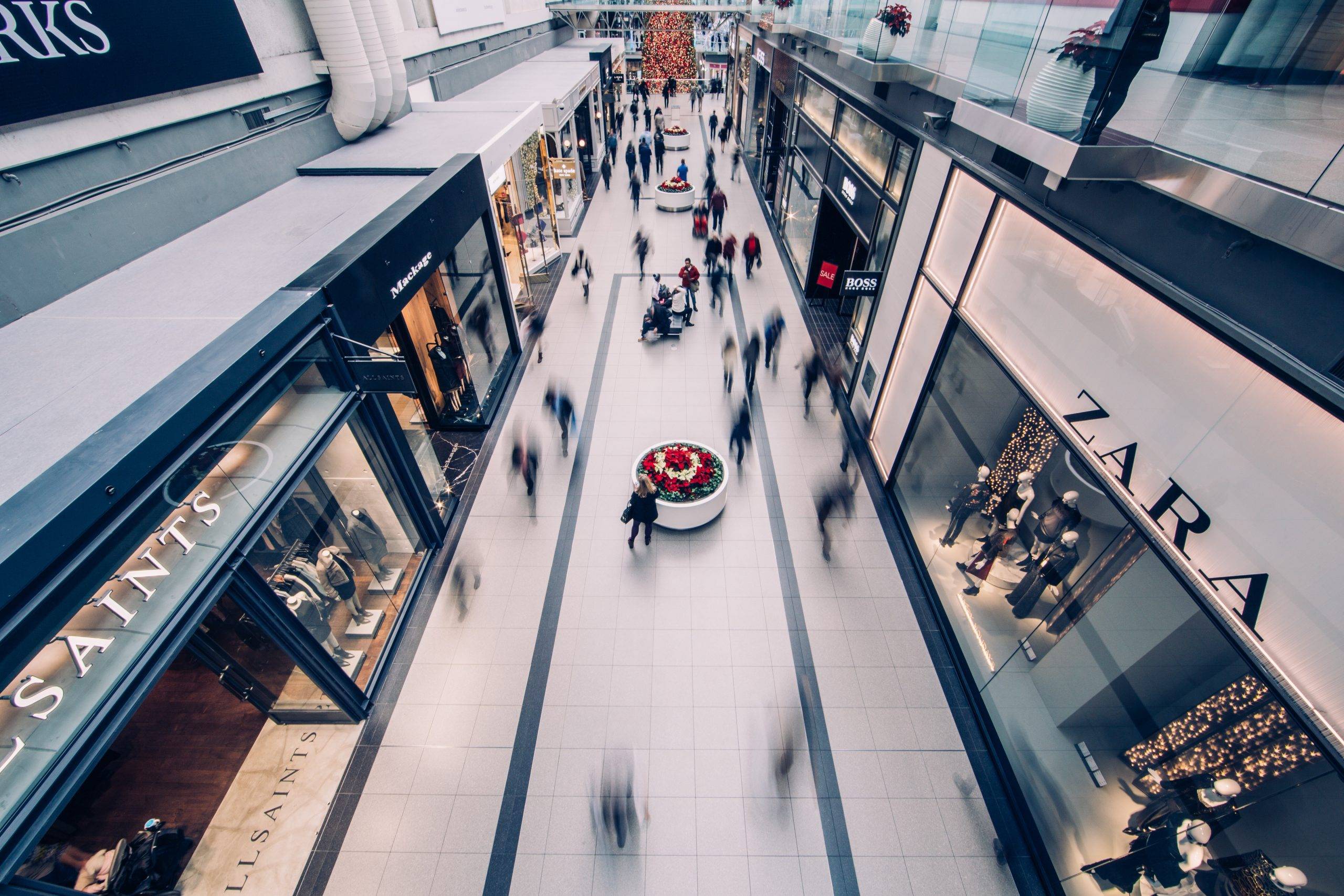 5 Things to Do to Achieve Your Sales Target