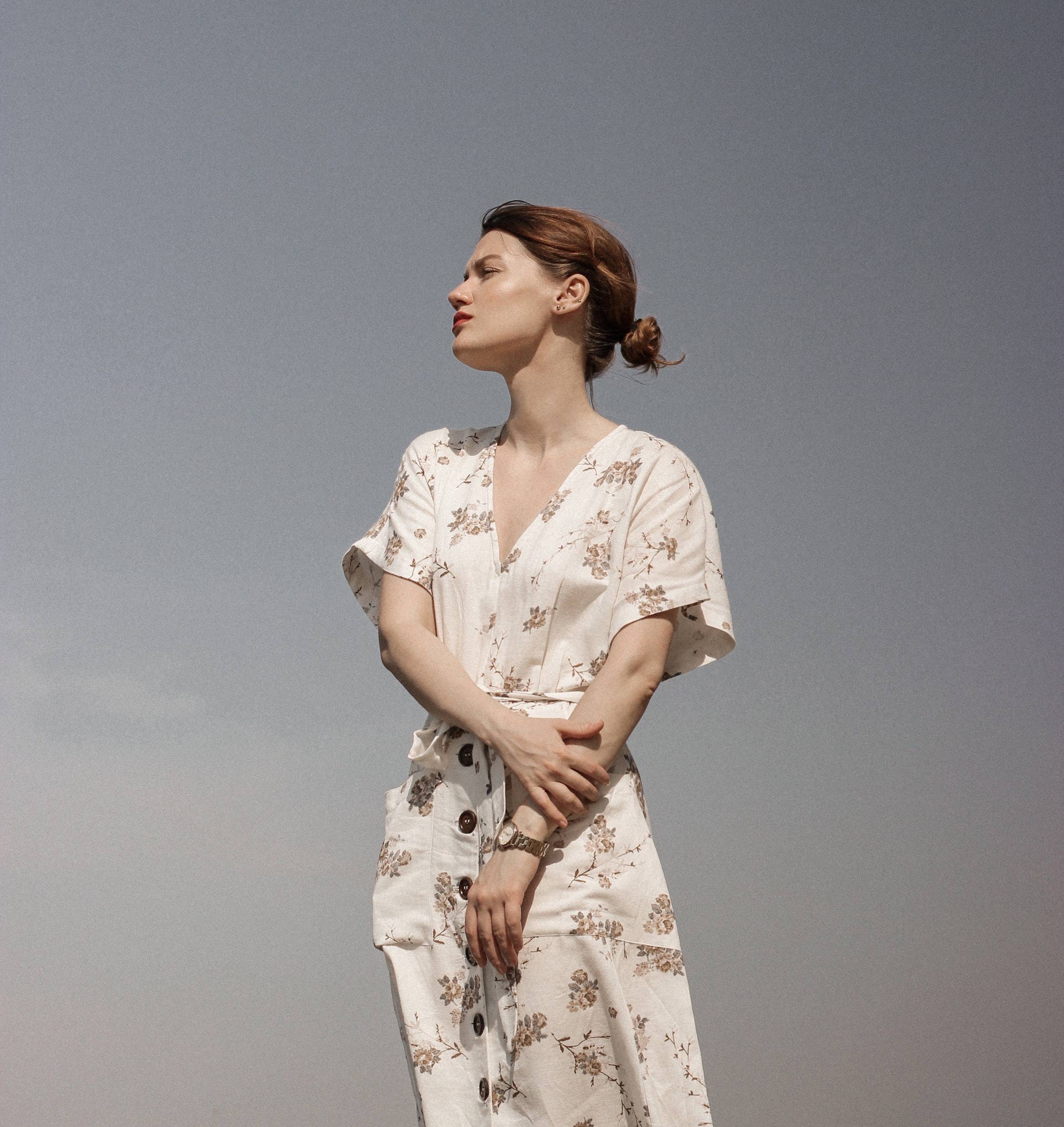 Farmhouses, open fields, sourdough and prairie dresses have become the ultimate form of escapism for a group of Gen Zs online. The new quarantine-led trend is Cottagecore, an aesthetic based on a fantasy lifestyle in the Western countryside. It was first cultivated through online platforms like Tumblr but has recently grown in popularity on TikTok.

Defined by its nature-centric, sustainable and inclusive values, the Cottagecore trend developed an even stronger following during lockdown to escape the realities of being sequestered inside. Beyond just the internet, the aesthetic has also been adopted by video games like Animal Crossing and as the concept of Taylor Swift’s new album Folklore, which helped to champion the trend even further.

Cottagecore joins a plethora of other recent calming or ‘self-care’ online trends such as ASMR, bath bombs, satisfying videos and the likes. To date, #cottagecore has garnered over 3.5 billion views on TikTok and spurred various microtrends in fashion, lifestyle, food and even home decor.

In an era defined by anxiety, Cottagecore’s emergence during Covid-19 is hardly a surprise. The nostalgic air of the trend reminds us of a simpler time, free from all the stresses of modern living.

Amplified by the recent social and economic upheavals, Cottagecore offers a small glimpse into an idealised life without those things. As reported by blogging platform Tumblr, posts with #cottagecore jumped by 153% in March to April this year, during the first peak of Covid-19 cases within the US. Likes for posts containing the hashtag also increased by 451% during this time.

"It coincided with how we saw COVID-19 proliferate and more and more cases pop up in the U.S,” said Amanda Brennan, content and community associate at Tumblr.

In its setting of a farm or a far-away meadow, the idea of running away to the countryside is something almost everyone can relate to during quarantine. Today, most of our work and education take place indoors, so the need to get closer to nature is higher than ever.

After stay-at-home orders had been eased in the US, Americans began flocking to hiking trails across the Midwest. Even in Europe, crowds of people were seen at parks and beaches as summer arrived.

Another aspect of the trend is also tied to sustainability and DIY culture. Most of the posts online related to Cottagecore are about conscious consumption, thrifting and creating your own items from scratch. Due to quarantine, many had free time to pick up new hobbies and skills. Knitting, embroidery and patchwork are just some of the examples of the micro-trends prompted by Cottagecore.

Although Cottagecore is still a relatively new trend, the farm or ‘prairie’ look has existed in fashion for years - from long-standing brands like Laura Ashley to more contemporary iterations such as Tory Burch. Gingham, tulle, prairie dresses and puff sleeves come back into fashion nearly every season.

Flashback to the Spring collections presented last year, romanticism and craft-fair were among the key trends spotted on the runway. Christian Dior, Erdem, Alexander McQueen, Simone Rocha, Chloé and Zimmerman were just some of the big names to dabble in the aesthetic. In other words, the earlier versions of this style had already been brewing within the upper echelons of fashion.

However, do not bet the real Cottagecore consumers to shop from any of these designer brands. Predominantly consisting of young adults aged below 25, hardcore Cottagecore followers prefer independent brands such as Soft Girl Studio, Faithful The Brand and various other small businesses on Etsy, who can offer these looks ethically and affordably.

While Cottagecore vehemently opposes mass consumption, the trend has trickled down to the high street. This year alone, Omnilytics data found over 4,000 new dresses tagged under ‘puff sleeves’ at fast fashion retailers Asos, Zalando, The Iconic, Zara, Boohoo and Pretty Little Thing. The checks pattern was tagged in more than 51,000 products, while florals were found in nearly 47,000 products at the same retailers.

Instances of popular products include a blue midi belted poplin dress by Stradivarius. It retailed on Asos for $60 AUD and had gone out-of-stock 10 times since late May when the dress first appeared on the site.

The Impact of Cottagecore on Retail

To understand the impact of Cottagecore on retail, there is no better example than the highly viral ‘strawberry dress’.

Designed by New York-based brand Lirika Matoshi, the strawberry dress is the most substantial proof of Cottagecore’s prominence in fashion. Retailing for $490 USD, it was first worn by plus-size model, Tess Holliday, who donned the dress on the red carpet of the Grammys early this year. It was first met with heavy criticism, and the dress landed Holliday on a number of worst dressed lists.

Fast forward to just a few months later, it began circulating online on Instagram and TikTok, eventually reaching bigger than life status as fans began to immortalise the dress in the form of illustrations, jokes and memes within the Cottagecore community. To date, #strawberrydress has generated over 14 billion views on TikTok.

The exposure paid off for Lirika Matoshi. Sales for the strawberry dress, which has been available since July of 2019, has increased 1,073% against the same date period last month, said Ledri Mahmuti, the brand’s general manager.

Since becoming viral, numerous iterations of the strawberry dress have popped up across ultra-cheap fashion retailers like Shein and Wish. The demand for dress continued to grow even months after the initial lockdowns, as Omnilytics data showed a 175% increase in sell-out rate for products containing the keyword strawberry in July compared to April.

The main consumer groups for the trend are mainly Gen Zs and younger Millennials, however, it has also developed a strong following among mothers, aged 30 and over, who are active online.

Cottagecore’s followers are known to be diverse and inclusive. Lirika Matoshi’s strawberry dress which is offered up to size 16 can accommodate a wide range of body types and its A-line silhouette allows it to look flattering on most. Although size 16 is still considered smaller on the full size spectrum, very few mid-market brands ever include anything beyond a size 12.

Matoshi’s motivation clearly shows her mission to break away from this stereotype, the brand’s Instagram account features multiple photos of the dress being worn by women of all races, backgrounds and body types.

Aside from physical attributes, Cottagecore has also been embraced by the LGBTQIA+ community. One of the popular offshoots of the main trend is ‘#cottagecorelesbians’. As a community that is often portrayed provocatively in mainstream media, Cottagecore allows them to express themselves outside of the usual tropes typically associated with lesbians and queer culture.

How Will Cottagecore Impact Future Trends?

The purchasing decisions behind Cottagecore closely follow the nostalgia trend from a few years ago. By building a sense of community with the unified desire to bring back the ‘good old days’, brands are able to tap directly into an unfulfilled part of the consumer’s psyche. However, there is an important difference between the two trends.

While nostalgia was arguably more of a marketing tactic than a complete subculture, Cottagecore applies to a complete lifestyle. From aesthetics to life values, the appeal of the trend is more than skin-deep.

Across the industry, there is also an emphasis on the slow fashion movement and as retail continues to navigate the possibilities of a seasonless landscape, more evergreen trends like Cottagecore may emerge.

The fallout from the Covid-19’s crisis on the economy has many consumers reprioritising their values, especially in how they spend. During the peak of the pandemic, data showed a significant increase for sustainably-sourced products, and Cottagecore’s DIY and thrifting aspect aligns well with the current consumer sentiment. Its vintage, unchanging style also allows the trend to be relevant in the long-term - which is the antithesis of fast fashion.

This offers a strong opportunity for mid-market brands to fulfil this niche. Being more ethically-made than fast fashion brands but still more affordable than major designer brands, mid-market brands provide a nice medium between the two segments. As demonstrated by Lirika Matoshi’s strawberry dress, cottagecore’s consumers are willing to save and spend on products that matter most to them.

This article was originally published at Inside Retail Australia in September 2020. 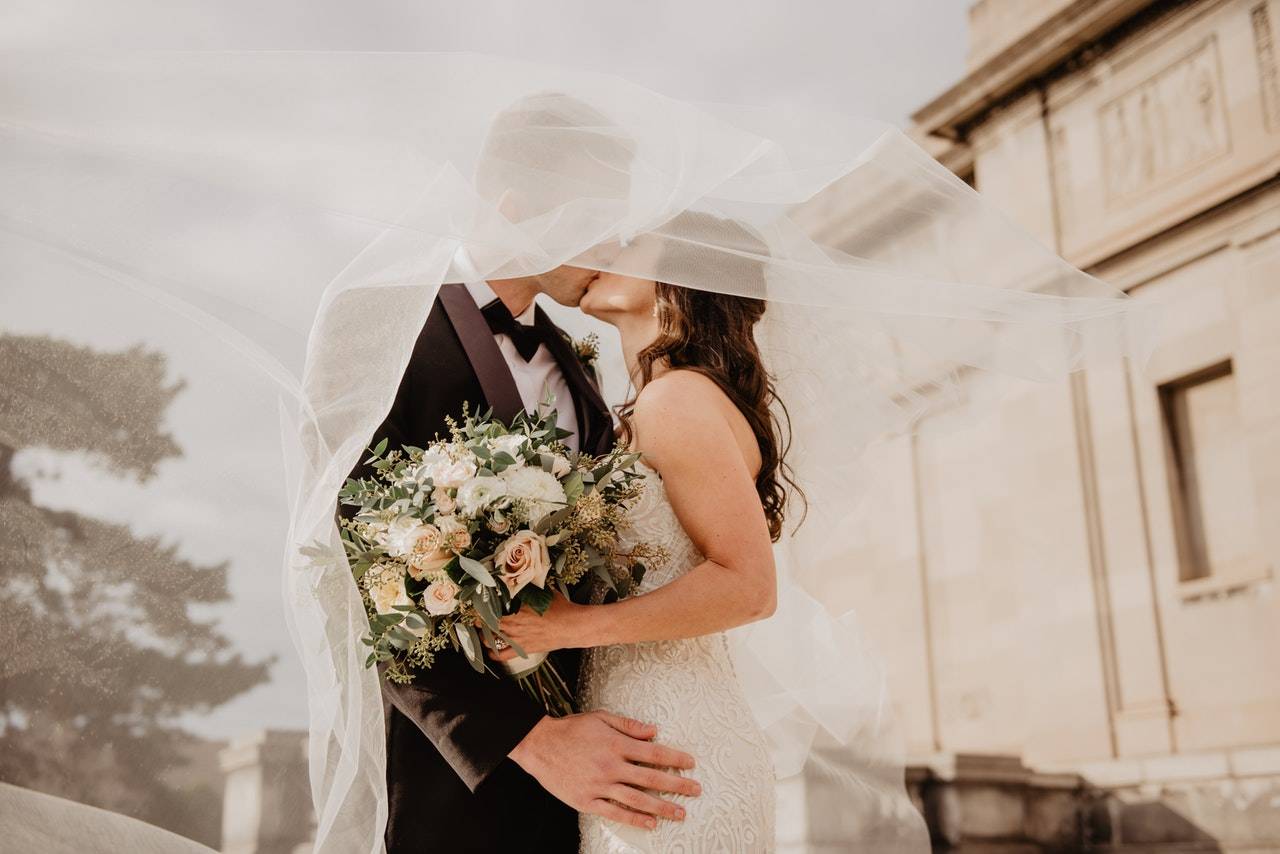 An A.I. (and Taxonomy) Problem: One Wedding Dress 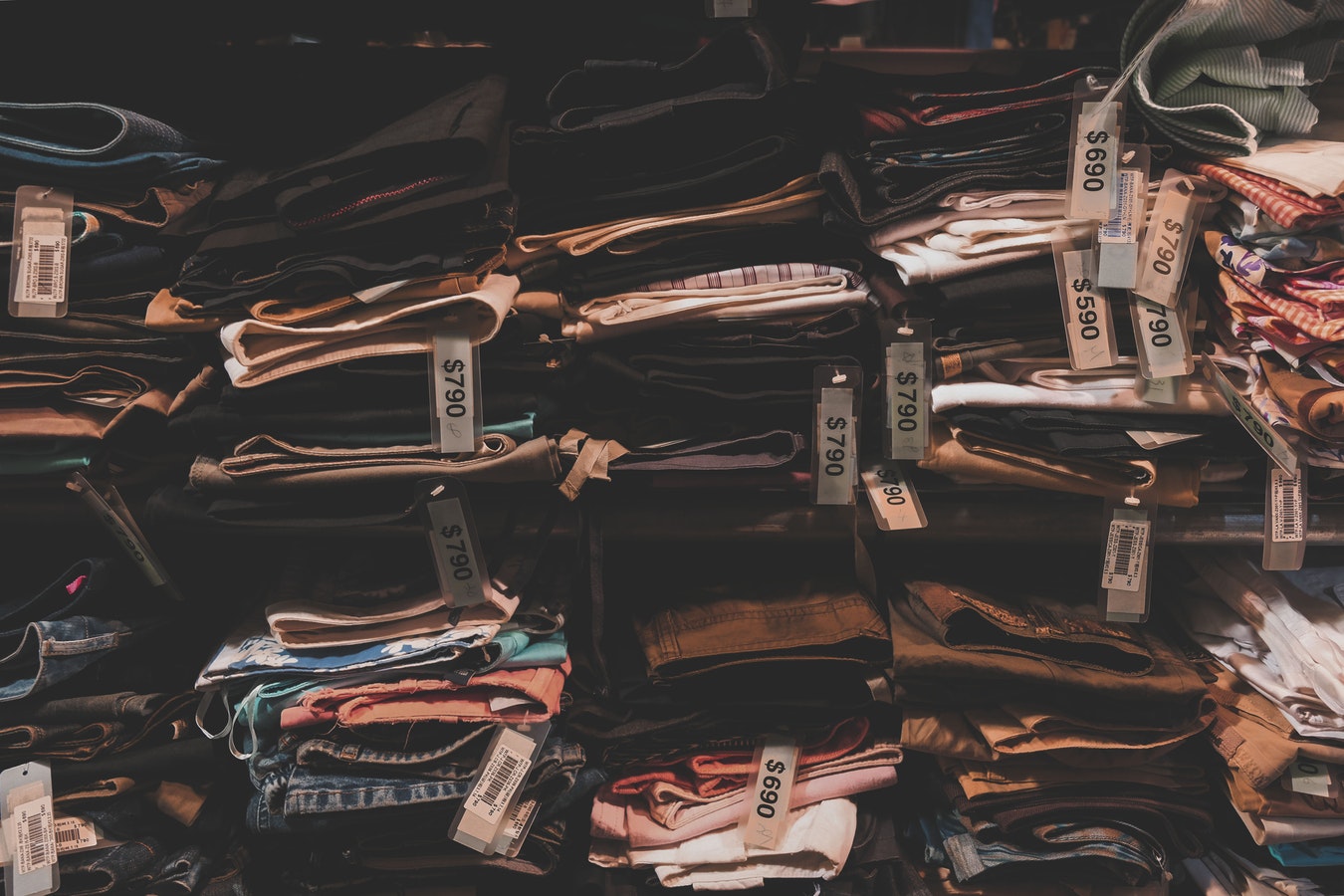 The Pricing Checklist: 5 Questions to Answer Before Launching Your New Collection 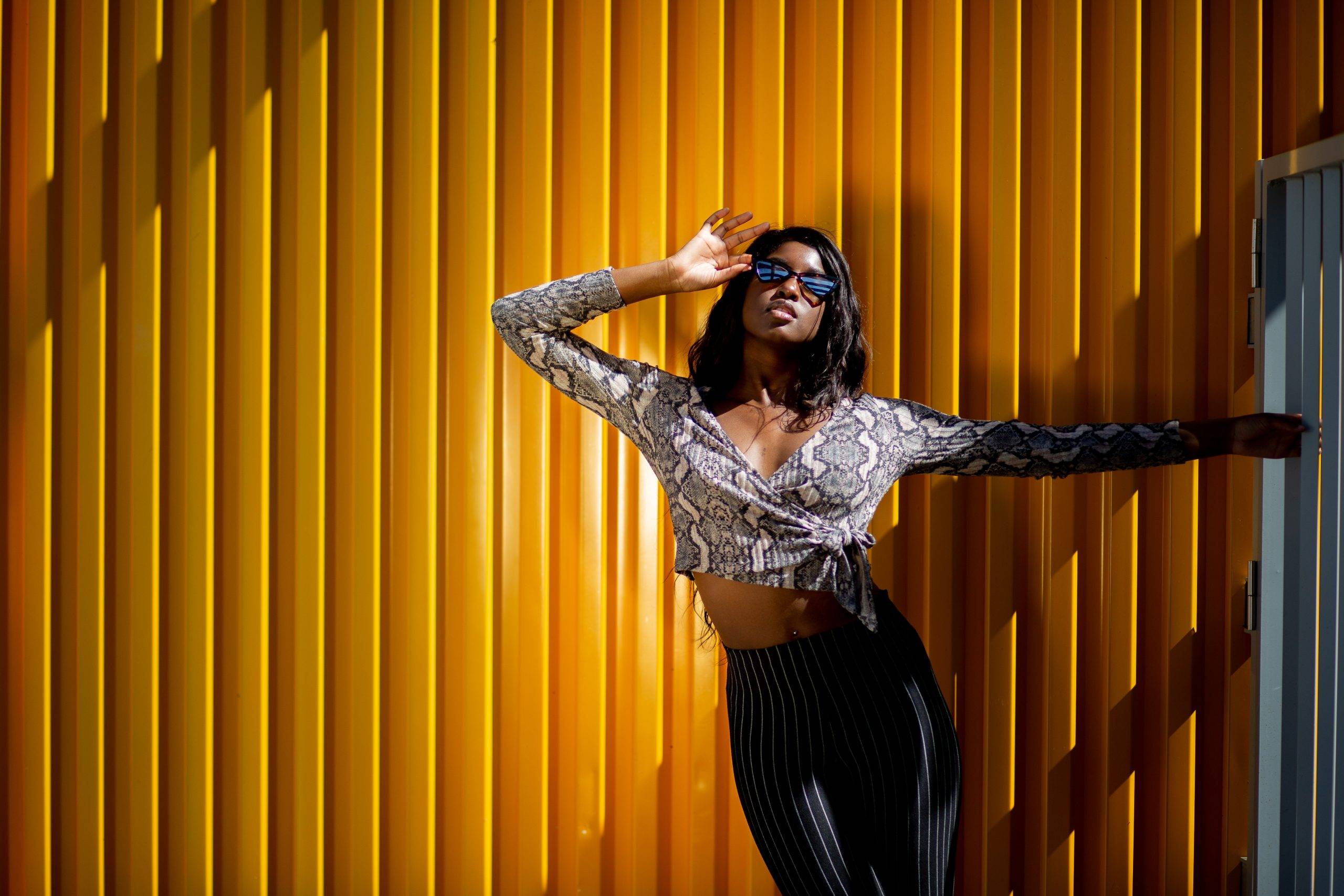