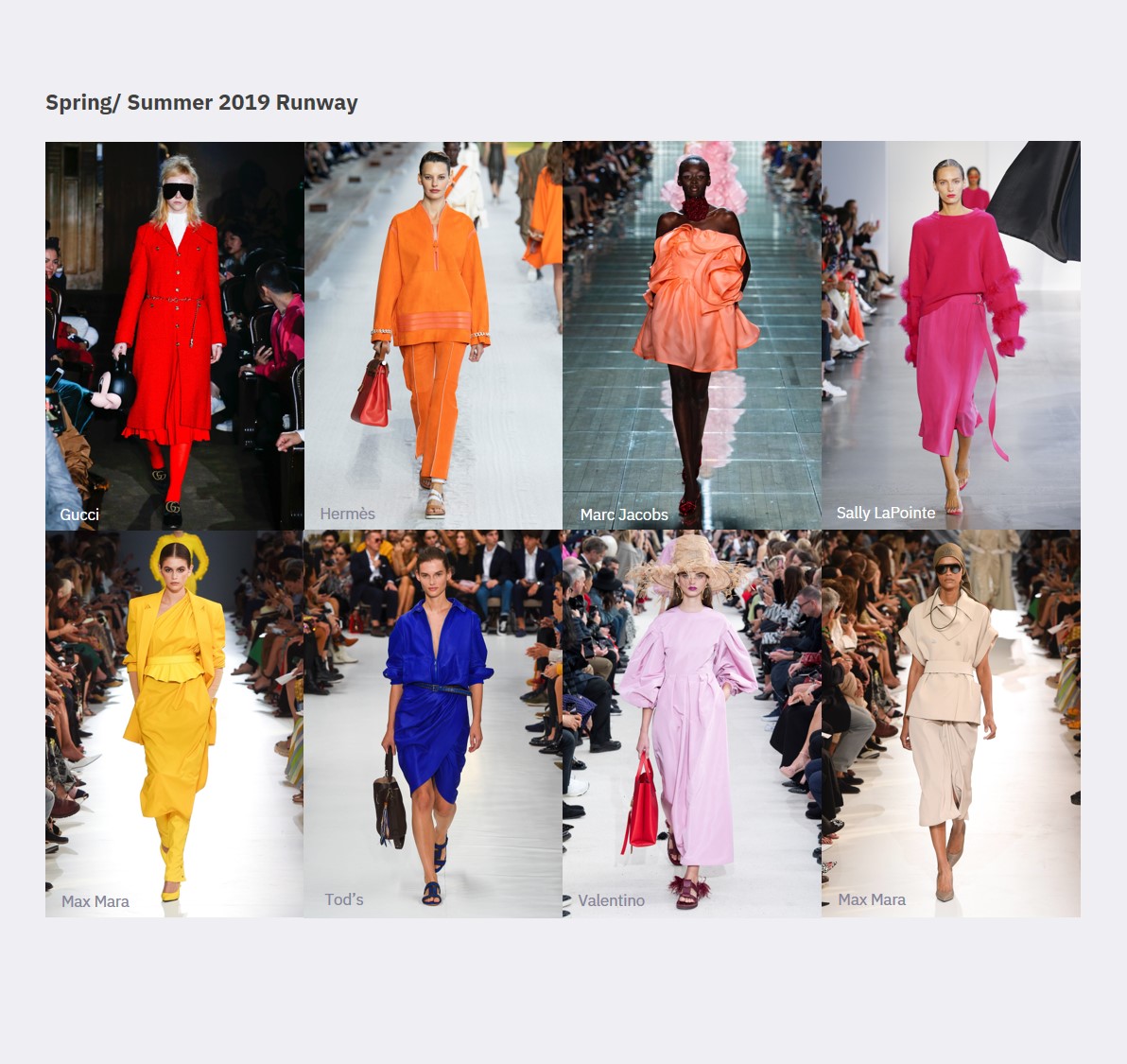 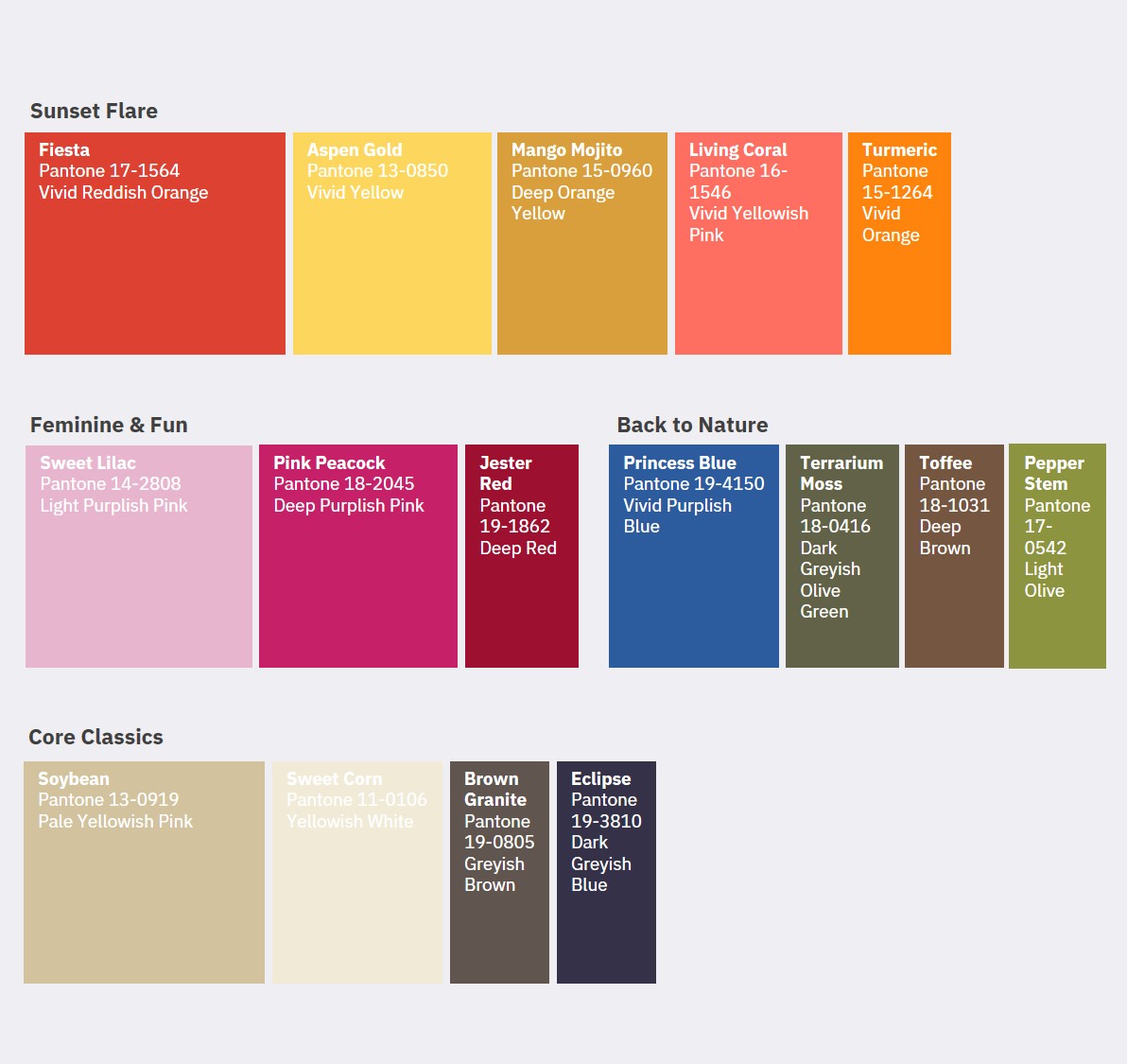 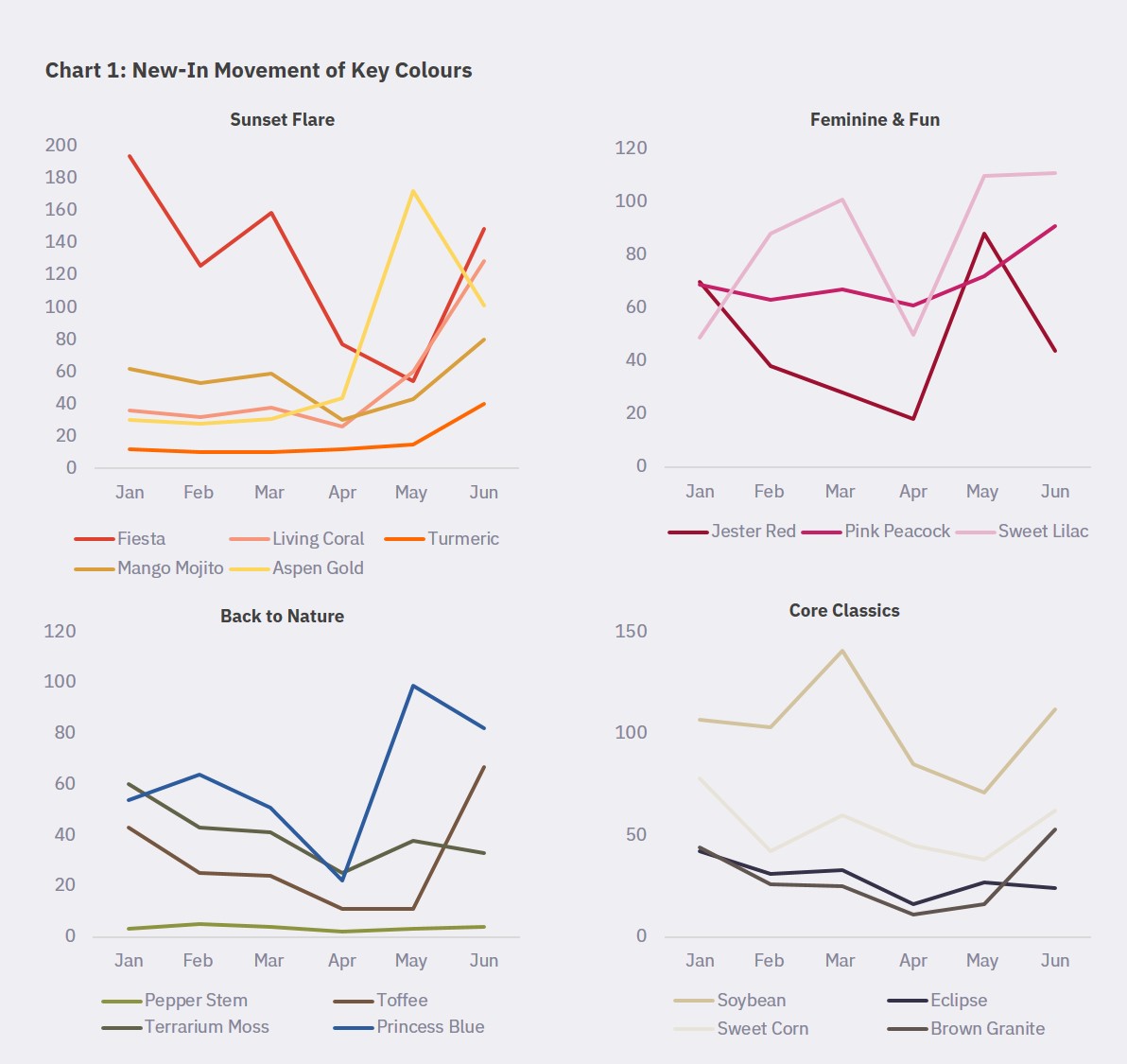 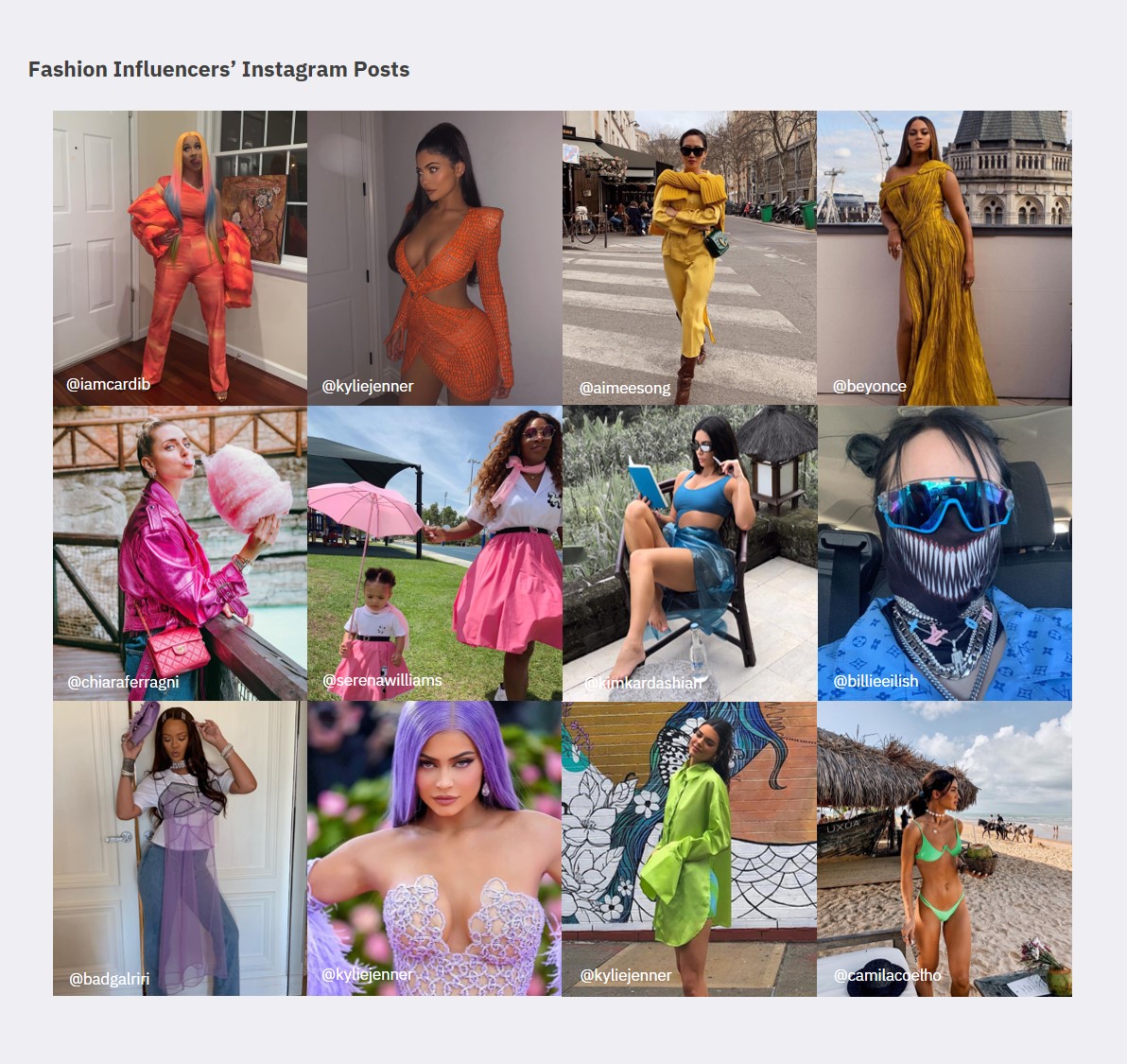 This report examines the top colour trends of SS19 - and how they translated to the world's biggest fast fashion retailers.

The Pantone Colour Trend Report, which highlights the top colours that will be featured on the runways each season alongside colour of the year, has become an important element for brands in planning their upcoming collections. While the runway shows remained as the key avenue for spotting the season’s trending colours and styles, not all translated well into retail.

In this report, we drew insights on the reception towards Spring/Summer 2019 colours from these fast fashion retailers:

Analysis on Southeast Asia’s homegrown labels – Pomelo Fashion and Love, Bonito was also made to study how this season’s trending colours were adopted in the local front.

The Spring/Summer 2019 Fashion Colour Trend Report by Pantone showcased a set of eye-catching and uplifting vibrant hues that exude empowerment and joyfulness. Four distinct colour stories were established from these set of colours – Sunset Flare, Feminine & Fun, Back to Nature and Core Classics.

The most definitive colours were orange and yellow, which showed up in the form of Aspen Gold, Mango Mojito, Turmeric, and Living Coral. The main shade of red this season, Fiesta, also had a mixture of orange in it.

Other colours that stood out include beige/ nude, which was prominent on the runways from Max Mara to Christian Dior, along with feminine colours in various shades of pink.

Overall, the SS19 colour palettes were punchier, louder and bolder compared to SS18, which showcased more of muted, subdued colours such as Blooming Dahlia, Arcadia and Little Boy Blue.

Colours with the Most Newness

The total newly added SKUs in the Spring/Summer 2019 Pantone colours totalled 6,444 items across the 10 e-tailers analysed. Fashion seasonal colours commanded the biggest newness in volume (33%), which was led by Sunset Flare, followed by the Core Classics, with shades of beige dominating the new-in SKUs for core colours. Sweet Lilac and Pink Peacock of the Feminine & Fun palette were also among the strong contenders, accounting for 15% of the newly added SKUs.

Living Coral, which was named Pantone Colour of the Year 2019, represented 6% of new arrivals from the season’s colours.

Movement in the Season

The key seasonal colours increased in March (Chart 1) to gear up for Spring, with the highest peak recorded in June, especially across most of Sunset Flare and Feminine & Fun colours. The Core Classics however reached a peak in March before all colours experienced a dip in April before showing an upward trend towards the end of the season.

The reds – Fiesta and Jester Red showed decline despite starting off strong early in the season.

Retailers were seemingly not reacting to the more autumnal greens, as Pepper Stem from Back to Nature palette was the least stocked colour, while its counterpart, Terrarium Moss went on a downward trend throughout the season.

While runway shows remained a key event to present the next season’s trends, social media has become one of the recent driving forces in fashion. As influencers have a wider reach, fast fashion retailers relied upon styles emulated by some influencers such as Kim Kardashian and Kylie Jenner in producing their next collection.

Punchy and vibrant hues dominated the fashion influencers’ Instagram pages during the SS19 season. Among colours that were showcased the most include vibrant orange, yellow, pink and royal blue. Neon green, which was introduced in 2018 was still going strong this season.

Pastel colours, particularly lilac, were popular too. This colour, which also appeared in this season’s Pantone colours, was popularised by Kylie Jenner as she wore a lilac Versace dress at the 2019 Met Gala. The purple shade, which did not take off in 2018 when Ultra Violet was announced as the colour of the year, turned out to be more popular in 2019.

Since influencers typically curate their feed through the use of colours as part of creating their identity, it is then highly influential for consumers who have the shades reiterated.

In the subsequent pages, we pulled together the bestselling styles for the key fashion colours this season – Sunset Flare and Feminine & Fun for a visual understanding on what has worked for fast fashion throughout SS19.

The bestselling items for this bright and joyful shade of yellow were mostly found in solids. It was not only well received for dressier tops and dresses but also a popular colour choice for swimwear. Fashion Nova led with the most newness in this colour.

Suited with its bold hue, this enlivening orange was well liked for sporty tops and outerwear, as well as bodycon dresses.

This is an excerpt of the full report

Download the full report below.
Thank you! Your submission has been received!
Oops! Something went wrong while submitting the form.
Button TextDownload Full Report

Atiqah Kamarudin
Nur Atiqah Kamarudin is a Senior Business Intelligence Analyst at Omnilytics. With past experience at Nielsen and Euromonitor, she has spent years analysing data and unearthing insights to help brands and retailers make informed decisions. She currently produces reports on the fashion industry and its changing retail scene across the United States, United Kingdom, Australia and Southeast Asia. 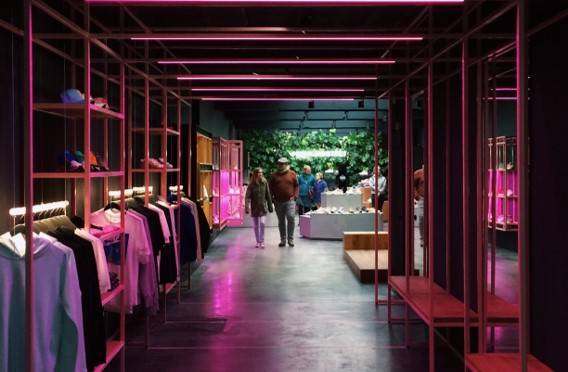 Direct-to-Consumer Brands Amidst the COVID-19 Crisis 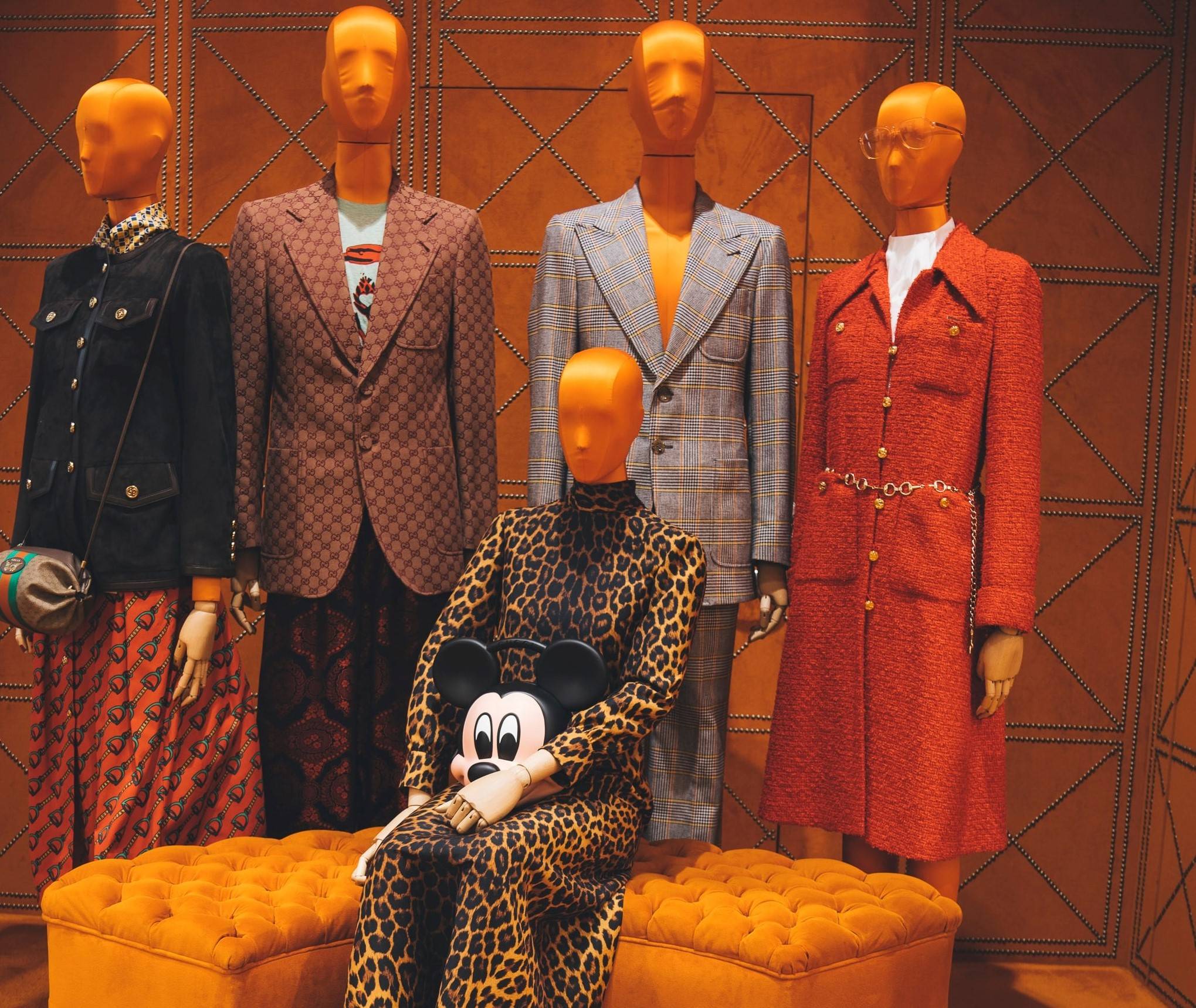 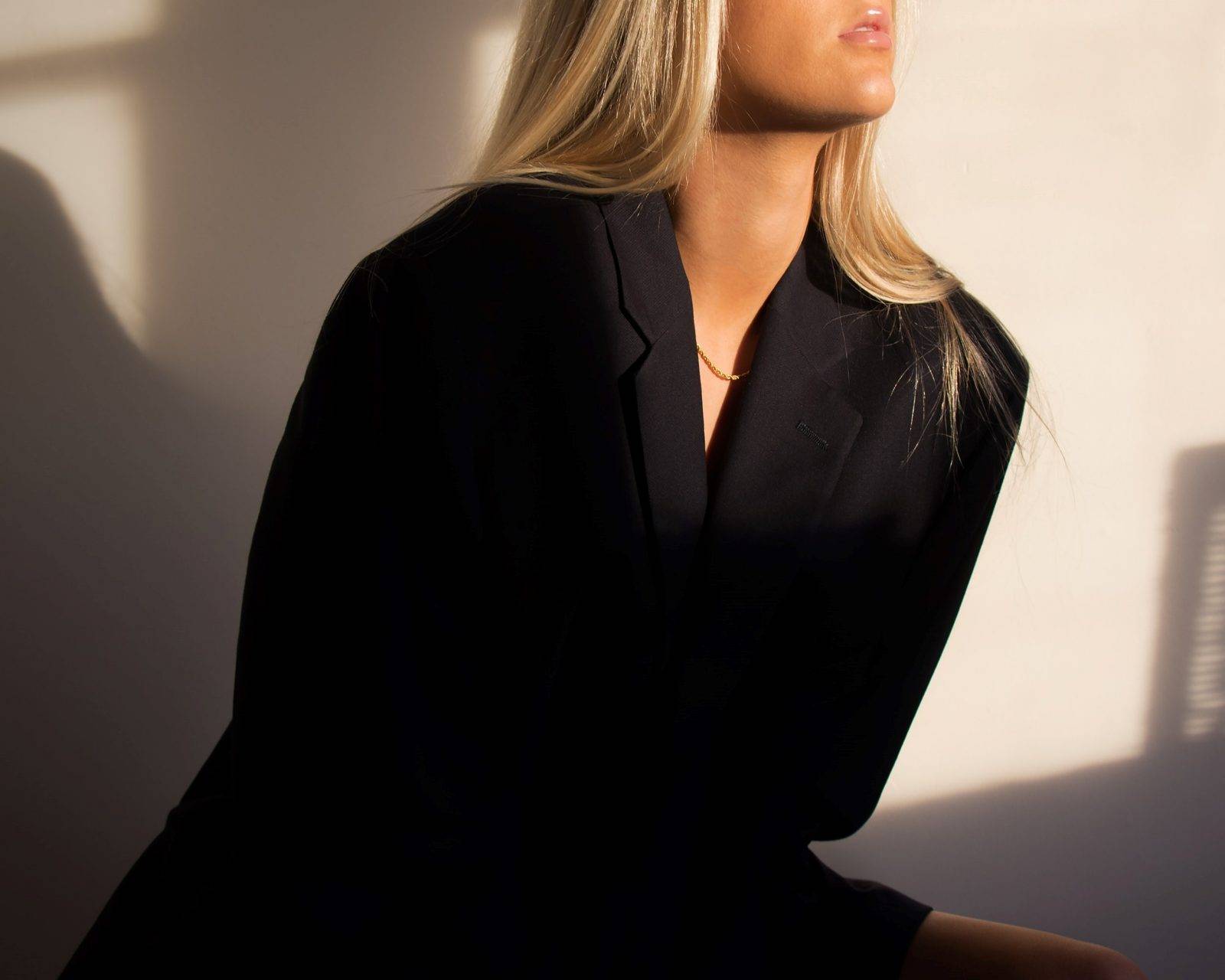 Back to all Industry Reports